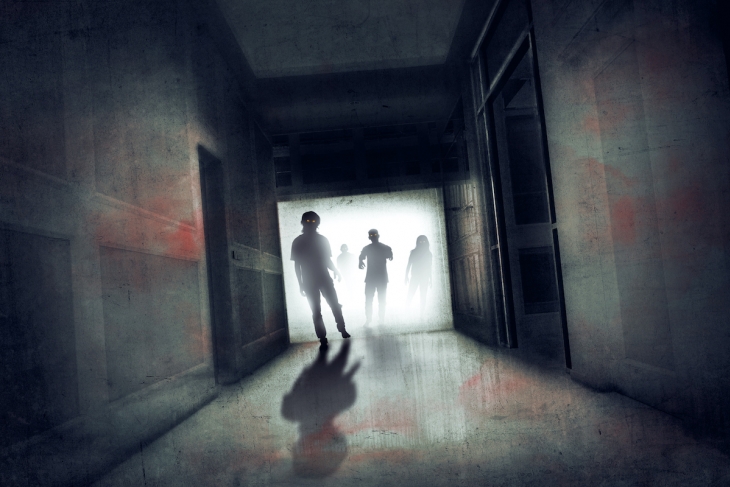 Editor’s note: This was first published in Educational Leadership.

It can be hard to spot them at first. Those dispelled education theories that research shot down long ago. They creep up in studies, shuffling around mumbling in the reference lists, or moan loudly in blog posts. Often, while I’m sifting through studies to write my regular column for Educational Leadership, I stumble across these “zombie ideas” that keep returning to life, despite researchers’ best efforts to put them six feet under.

I’m guessing you’ll have heard of a few. Let’s take a look at some of these (un)dead ideas and why we need to stop giving them authority.

This particular idea might be better characterized as a mutant idea—an innocuous idea that fused with another and has been running amok ever since. In the early 1980s, Harvard researcher Howard Gardner (2011) advanced a rather straightforward theory of multiple intelligences. Basically, it says people are “intelligent” in different ways. Some excel at music; others pick up foreign languages quickly. Some have a knack for math, and others have a gift for relationship building. As educators, we ought to appreciate and encourage students’ diverse gifts. Fair enough.

Yet almost from the beginning, Gardner’s theory of multiple intelligences morphed with another theory: that students have unique learning styles. They can be visual, auditory, or kinesthetic. For example, some students might learn best through movement, so teachers should allow them to understand the solar system by dancing around like orbiting planets; others may be auditory learners, so they might best learn geography through music. Or so the theory goes.

Serious research, however, has found little evidence students use so-called “intelligences” in one field (like dance) to learn another (like astronomy), or that people learn best with experiences that match their learning style (Pashler et al., 2008). In an interview with the Washington Post, Howard Gardner himself cautioned against using learning styles to label students, since that might imply deficits in other areas, rendering such labels “unhelpful, at best, and ill-conceived at worst” (Strauss, 2013).

Nonetheless, a cursory internet search yields a dizzying array of people still blogging about, offering courses in, surveying for, and encouraging the use of “learning styles” in classrooms—advocating for teachers to individualize students’ learning experiences to match these styles.

The reality is far simpler. Yes, (news flash) kids are different. And yes, we sometimes prefer one way of learning over another (group vs. independent work, for instance), but that does not mean we learn better with a particular modality. At best, research shows benefits from learning in multiple ways—for example, reading about a scientific phenomenon, seeing it in a video, and experiencing it.

We might put this zombie idea to rest by substituting the word preference for the word style and noting that preferences are just that. Preferences.

Like many zombie ideas, this one contains a germ of truth: Lectures can be boring and ineffective. A study of college students, for example, found they had higher grades and were less likely to fail courses with elements of active learning vs. straight lectures (Freeman et al., 2014). In response to the tedium of long-winded lecturing, theorists in the 1960s began to espouse a different approach called “discovery learning,” which said students learn and retain more when they discover new insights for themselves. That, too, is partially true—a meta-analysis of forty-three studies of problem-based learning found that encouraging students to extend and apply learning by independently solving complex problems supports better long-term retention of learning (Dochy et al., 2003).

Over the years, though, purists took these ideas to an illogical extreme—namely, that teachers should be minimally involved in learning and students should “learn by doing,” such as by conducting experiments, engaging in research, or solving complex problems with minimal guidance from teachers. A meta-analysis of 164 studies, however, found students learned significantly more from direct instruction than from unassisted discovery learning (Alfieri et al., 2011). Further, this kind of minimally guided learning—that is, giving students a complex problem to solve with little prior instruction—is particularly ineffective for lower-performing and younger students, as they tend to learn skills incorrectly and develop misconceptions (Kirschner, Sweller, & Clark, 2006).

Empirical research, in fact, makes a strong case for direct instruction—such as modeling a practice for students (showing them how to balance a chemistry equation) before students attempt the practice on their own (Pashler et al., 2007). Often, the shortest route to learning is a straight line: telling and showing students what they need to learn.

In many ways, this zombie idea emerges from a false dichotomy that pits direct instruction against discovery learning, when really the two strategies work better together. The best approach (even better than direct instruction) is “guided discovery”—providing students with learning objectives, direct instruction, modeled examples, and feedback during the process of discovery, thus ensuring they develop accurate conclusions and proper skills (Alfieri et al., 2011).

(Un)dead idea #3: Students should learn to read through authentic reading

This zombie idea continues to shamble out of teacher colleges, where a surprising number of instructors appear to eschew systematic, explicit use of phonics in favor of giving students interesting choices of reading materials, focusing on meaning making, and unpacking the sound-symbol code in a more incidental way. Decades of research, however, point to a more straightforward approach to teaching reading, based on these key principles:

Although this has been settled science for years, it does not appear to be taught in many pre-service programs. A study by the National Council on Teacher Quality (Ross, 2018), for example, found that only 37 percent of U.S. pre-service education programs actually teach the science of reading to aspiring teachers.

So, does this mean “phonics” works and “whole language” doesn’t? Well, not exactly. Some whole-language practices, such as giving students interesting reading materials and encouraging a love of reading, are sensible and constructive. At the same time, some so-called phonics practices, such as asking students to decode nonsense syllables, fail to translate into authentic reading skills (Allington, 2013). In short, making students decode nonsense syllables is, well, nonsense. Not to mention tedious.

We can summon Siri or Google to answer nearly any factual question these days. So, what’s the point of teaching facts? Isn’t it more important to learn to be a critical consumer of information?

Yes—and no. Certainly, critical thinking skills are important. The number of job postings referencing “critical thinking” doubled between 2009 and 2014 (Korn, 2014), and studies find that college graduates with better critical thinking skills land higher-paying jobs (Zahner & James, 2015). However, student critical thinking isn’t a skill in the typical sense of the word—something learned in one area that transfers easily to another (Abrami et al., 2015). Rather, it tends to be interwoven with domain-specific knowledge. Students employ scientific thinking with science knowledge, textual analysis with literature, quantitative reasoning in mathematics, and so on. Students must think critically about something—namely, facts and content knowledge.

Many teachers are in the habit of slapping a grade on everything that moves—every scrap of homework, every quiz, every draft assignment, every classroom discussion—with the idea that if it’s worth doing, it should be graded. That habit can be hard to kick because the idea contains some truth—namely, what you measure is what you get. It’s easier to stick to a diet if we count calories.

Grades, however, have a finality to them. They imply something is finished and hence ready to be certified with a number or a letter. Yet learning is iterative—it’s less a process of learning and more one of re-learning from mistakes and experimentation. You wouldn’t grade an artist in the midst of creating a masterpiece (“Looks like a block of marble to me, Michelangelo”), but that is, in effect, what we do when we grade learning at every step along the way.

Moreover, all those grades can make students construe that the goal of learning is to rack up points in a gradebook instead of to master important knowledge and skills. As Carol Dweck (2000) found in her series of classroom studies, students who see the purpose of schooling as earning a grade do not grow richer as learners, tend to be less motivated, and demonstrate lower overall performance.

Consider, too, the common practice of grading homework assignments. A McREL meta-analysis of research on instructional practices (Beesley & Apthorp, 2010) found only a small effect size for homework but a significant one (four times as large, in fact) for practice. In short, homework should be practice. So, why grade it? Some teachers insist that students won’t do their homework if it’s not graded, which begs another question: Do students understand the benefits of homework—namely, to practice, learn from mistakes, and move toward mastery?

Perhaps most important, shoehorning more scores into a gradebook doesn’t make grades any more fair or accurate. To the contrary, an examination of hundreds of teacher grades for thousands of students found that most were a “hodgepodge” of subjective (and likely inequitable) measures, including attitude and effort (Cross & Frary, 1999, p. 52). As a result, grades may not actually reflect whether students have met their expectations for learning, which should be the real purpose of grades. Everything else is superfluous.

This last zombie idea is hard to kill because it’s true—at least in theory. Students are better off in small classes. A comprehensive review of class-size research (Whitehurst & Chingos, 2011), for example, concluded that significant reductions in class size (shrinking classes by as much as seven to ten students per class) can result in significant, positive effects on achievement—equivalent to three months of improvement in learning over a nine-month school year.

The trouble lies, though, in applying this finding in the real world. California learned that the hard way in the late 1990s when it spent $22 billion to reduce average K–3 class sizes from 30 to 20, hiring 25,000 new teachers and constructing thousands of new classrooms. The results? Students benefitted from smaller classes, but the benefits were wiped out by an influx of seemingly less capable teachers (Jepsen & Rivkin, 2009).

In the end, teacher quality has far more effect on student learning than smaller class sizes. Students can gain as much as a year’s worth of additional learning in a classroom with a highly effective teacher than with a highly ineffective one (Hanushek, 2011). In fact, school systems might actually be better off increasing class sizes to be able to recruit and retain great teachers with higher pay. By one estimate, adding five students per class could translate into 34 percent raises for teachers (assuming all savings were passed on to teachers) (Whitehurst & Chingos, 2011). That’s a trade-off many teachers might accept, putting this zombie idea to rest once and for all.

Zombie ideas remind me, in many ways, of a quip attributed to Will Rogers and, alternately, Mark Twain: “It isn’t what we don’t know that gets us into trouble, it’s what we know to be true that ain’t so.” As it turns out, neither man actually said this, yet it seems plausible that either of them might have. Therein lies the trouble with many zombie ideas. No matter how many times we bury them, they crawl back out of the grave because they seem so darn plausible, often because they contain an ounce of truth. The good news, though, is that each of these zombies has a real-life converse that points toward better classrooms and schools—often with less complexity, less effort, and fewer resources. Let’s work to keep those theories alive and kicking.

Kirschner, P. A., Sweller, J., & Clark, R. E. (2006). Why minimal guidance during instruction does not work: An analysis of the failure of constructivist, discovery, problem-based, experiential, and inquiry-based teaching. Educational Psychologist, 41(2), 75–86.

Moats, L. C. (1999). Teaching reading is rocket science: What expert teachers of reading should know and be able to do. New York: American Federation of Teachers.

Bryan Goodwin is president and CEO of McREL International and lead author of the book, Learning that Sticks: A Brain-Based Model for K–12 Instructional Design and Delivery (ASCD, 2020).

Thank you for signing up!
Please check your email to confirm the subscription.