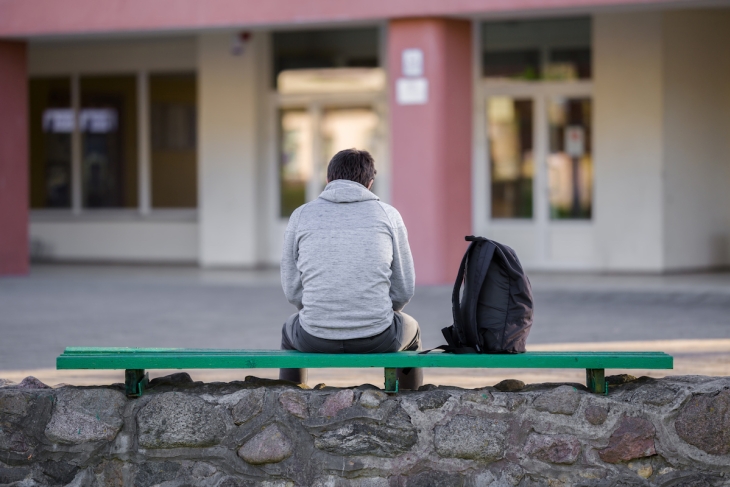 As Michael Petrilli wrote in these pages a few weeks ago, the education reform movement has come to the realization that its belief in “college for all,” while well-intended, was misguided. Though the population of undergraduates is substantially more diverse, both racially and socioeconomically, than it was twenty-five years ago, it’s an open question whether many of them are better off. Most of the increase has come at less selective or for-profit colleges, which have much lower retention rates. Nationally, only 16 percent of urban community college students graduate in three years.

An unintended consequence of the laser-like focus on college was that it pushed the most at-risk kids to the schools least equipped to support them. A culture that messages “college above all else” necessarily labels all other options as inferior. Many kids who struggled to graduate from high school and don’t have a real interest in college nevertheless pursue higher education because it’s what they’ve been told, implicitly and explicitly, they should do. Those that drop out—and in New York City, where I’m a high school principal, almost 80 percent of community college attendees will—feel a sense of shame and failure. They’ve also lost valuable time and, in many cases, taken on debt.

There are, however, ways to fix this.

At the school level, the conversation around career readiness is fraught because of the historical way in which tracking was used. We are justifiably wary of recreating a system in which race and socioeconomic status often served as a pretext for assigning kids to either a “college” track or a “vocational” track when they entered high school.

We must empower families to make choices for their child—a core belief of the reform movement. This requires schools do the granular work of speaking with families early and often about their child’s interests, circumstances, and goals. If a family expects their child to start contributing to household expenses after high school graduation, that means it’s more important for that young person to be able to enter the workforce quickly. For others, immediate finances may be less of a concern. In all cases, it’s crucial for families to be able to make a well-informed decision that works for them.

In other words, everyone in high school is on a career path. Some paths go through college, others go through a trade school or training program. Paths evolve over time, as you learn more. Most important is that all students be on the road to a career that is financially sustainable and personally satisfying.

It’s also worth highlighting that there are many careers that don’t require a college degree that can be quite lucrative. Several alumni of MESA Charter High School, which I cofounded, are Fellows at the Marcy Lab School—a free, year-long tech training program for low-income students. Graduates earn, on average, six figures, and many qualify for bonuses and stock options. Others are entering into Construction Skills Inc. and Non-Traditional Employment for Women, which will train them and help them secure union work in building trades.

These are decidedly not consolation prizes. For many, the ability to enter the workforce sooner, debt-free, and earn a high wage is an extremely enticing prospect.

Providing families with agency also means exposing students to a variety of different career pathways as early as possible. Schools could allow students to leave early for internships and provide instructional credit for this work. At MESA, we’re partnering with a program called CareerWise that helps students secure paid apprenticeships in a variety of fields. They attend school during the mornings of their junior and senior year, heading to work in the afternoons where they earn money, gain valuable work experience, and develop the real-world problem-solving skills they’ll need to navigate life once they leave high school.

A recent report from the New York Mayor’s office indicated that a quarter of people between the ages of sixteen and twenty-four—comprising more than 300,000 city residents—were at risk of being “out of school and out of work” (also referred to as “disconnected” youth), with one in eight already meeting that classification. This is devastating to these young people and costly for the city. The financial burden of a youth becoming disconnected averages just over $16,000 per year between lost tax revenue and expensive social services. Soberingly, 75 percent of disconnected youth are high school graduates.

Schools can be a leverage point to change this. School personnel build close relationships with families during their four years. Families that are confused or hesitant navigating college or a training program will be more open to counsel from a trusted source. Not only can schools expand the array of post-secondary options they connect kids to, but they can provide continued support after graduation, a “warm handoff” to college or a training program.

Relationships between schools and families are an asset, but systematically, we throw that asset away. In New York City, high schools are evaluated primarily on their graduation rate, as well as their pre-Covid performance on certain standardized tests. Schools are incentivized to care deeply about how to get students a diploma on June 26; come June 27, you’re someone else’s problem. Similarly, we draw a bright line between P–12 funding and post-secondary funding. Schools that wish to provide post-graduation support must either seek philanthropic help or cannibalize their operating funds.

If the purpose of high school is to prepare students for a financially sustainable career, let’s be explicit about it. Why not fund Title I schools at 10 percent of the per-pupil cost to continue supporting their graduates for two years, and in turn, hold them accountable for what percentage of those graduates are enrolled in college, in a training program, or in a financially sustainable job—defined, perhaps, as earning a geographically appropriate multiple of the federal poverty guideline? If this investment keeps a young person from becoming disconnected, it’s a savings of over $14,000 per year, per person. Factor in the social and emotional benefit to that person, his/her family, and community, and the return on the investment is incalculable.

Those of us in education can feel the paradigm shift taking place. For the first time in recent memory, policymakers and thought leaders are embracing non-college options. Let’s seize the moment to create some truly innovative policy.

Thank you for signing up!
Please check your email to confirm the subscription.