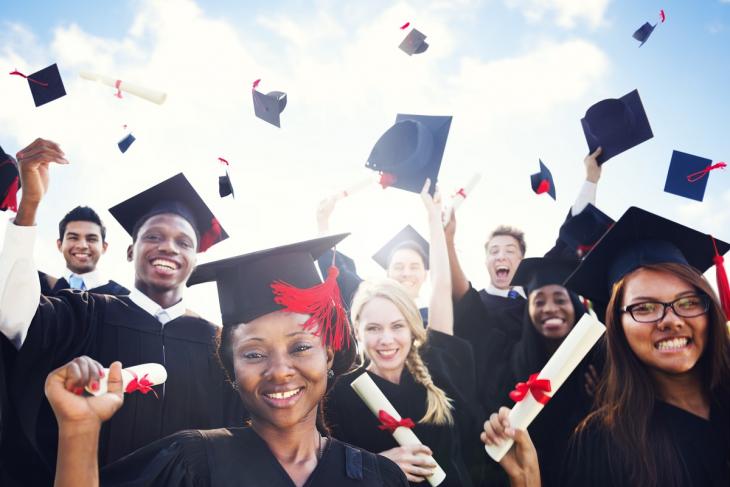 Back in July 2017, the Ohio General Assembly passed legislation permitting students in the class of 2018 to graduate based on weak alternative pathways recommended by the State Board of Education. These options allowed young people to receive diplomas without demonstrating standard academic or career-technical competencies. Rather, students could graduate via easier means such as school attendance, course grades, a senior project, or volunteer hours, among others.

One of the chief concerns we at Fordham raised about offering lower-level graduation pathways is that they would be yet another manifestation of the “soft bigotry of low expectations”—the offensive belief that low-income students or students of color cannot meet the same standards as their peers. If indeed these alternative routes were used primarily by less advantaged groups, it should be cause for grave concern, especially as state legislators mull an extension of the weaker requirements to future classes. Regardless of socioeconomic background, all young men and women deserve an equal opportunity to meet challenging standards, and they all need to be well-prepared for what comes after high school, whether that is college, career, or military service.

Last December, state authorities released graduation data for the class of 2018. These include the percentage of students in each district who graduated by meeting the original versus alternative pathways. Unfortunately, the data are not reported by subgroup—something that absolutely should be done—so we don’t know with certainty how many low-income students or students of color graduated via the alternatives, either statewide or in each district.

Nevertheless, the data are revealing. The following charts compare districts’ overall demographic data with the percentage of graduates meeting alternative requirements. Our interest is tracking districts that permitted relatively large numbers of students to graduate under less rigorous requirements. Thus, we consider the ratio of students using alternatives to districts’ overall graduation rates, thereby excluding non-graduates from the calculation.[1]

Figure 1 shows that higher-poverty districts generally had more young people graduate via low-level alternatives, suggesting that Ohio’s low-income students likely used these options more frequently than their peers. However, we do see some variation across districts of similar poverty levels. For example, at the 100 percent economically disadvantaged (ED) level,[2] the fraction of districts’ graduates using alternatives ranges from about 10 percent to a staggering 70 percent. These differences indicate that, although higher-poverty districts were more likely to succumb to the lower bar, it wasn’t inevitable.

Source: Ohio Department of Education. Note: This chart displays the correlation between districts’ percentage of economically disadvantaged students in all grades K–12 and the percentage of graduates (excluding non-graduates) in the class of 2018 who received diplomas through alternative routes.

Figure 2 looks at whether districts that enroll more students of color, either black or Hispanic, were more likely to allow students to graduate via alternatives. We again see a correlation. Particularly troubling is the high rates of alternative use in districts serving upwards of 50 percent students of color. Among them are urban districts like Cleveland, which graduated 59 percent of its class of 2018 through alternatives; Youngstown at 59 percent; Dayton at 47 percent; Toledo at 46 percent; Trotwood-Madison at 43 percent; and Akron at 42 percent. The state’s largest school district, Columbus City Schools, which enrolls 66 percent students of color, graduated 39 percent of its class of 2018 via low-level alternatives. Notable also is the variation among the nearly all-white districts at the lower left-hand corner. Some districts—likely more economically disadvantaged, as suggested in figure 1—graduated upwards of 30 percent through alternatives, though others had very few students meet requirements in this way.

Source: Ohio Department of Education. Note: This chart displays the correlation between districts’ percentage of black or Hispanic students in all grades K–12 and the percentage of graduates (excluding non-graduates) in the class of 2018 who received diplomas through alternative routes.

Some might look at these data and think, “Thank heavens Ohio enacted alternatives; otherwise a whole bunch of low-income and minority students would be roaming the streets without a high school diploma, and without much hope.” Others might think, “It’s the achievement gap, stupid. What else would you expect?”

In our view, those are cynical, even reprehensible, interpretations of these high school graduation data. For starters, it’s important to remember that Ohio’s conventional graduation requirements aren’t unreachable. The end-of-course exam standards, for instance, ask students to achieve at about a tenth-grade level—far short of true, college-ready targets. At the heart of it, however, they assume that young men and women of color, or those from less advantaged families, cannot work hard, accumulate knowledge and skills, and meet the state’s academic or career-technical standards. They assume that our schools, communities, businesses, and other civil institutions are utterly powerless to help young people achieve great things. To put it simply, they assume that “demography is destiny.”

All these presumptions are false. To be sure, many students face significant challenges. But the standards set by the state are not impossible to achieve and one can point to any number of people who overcame barriers to reach them, often with the support of caring adults and educators who believed in them. We know of first-rate, high-poverty schools right here in Ohio that are not only getting students to the high-school finish line but also fully equipping them for success in what comes next.

But instead of believing in students and the power of a great education, how many students were routed last year into an “alternative” program and told by adults to stop trying to meet conventional state requirements? What message does that send, especially for young people of color or from poorer families? What opportunities for career advancement were lost when schools pulled the plug on their work towards meeting academic or career-technical goals?

In a spot-on comment, state superintendent Paolo DeMaria has said: “My mission is to keep pushing the system to break those correlations because I believe that poor children can learn to the levels of other students.” As lawmakers mull over yet another state board proposal that would create lower standards for the classes of 2021 and beyond, they should ask if it matches their beliefs about whether all students can learn. With any hope, their actions will affirm that, yes, every Ohio student is fully capable of meeting state standards. All students deserve the benefit of high expectations along with the time and support needed to reach them. Baking weak alternatives into graduation requirements, just so poor students and students of color can receive diplomas, is the soft bigotry of low expectations, and they deserve much better from our state leaders.

[1] The results are not substantially different when including non-graduates.

[2] Some higher-poverty districts report 100 percent ED populations due to the Community Eligibility Provision, a federal subsidized meal program, even though they don’t universally enroll low-income students.

Aaron Churchill is the Ohio research director for the Thomas B. Fordham Institute, where he has worked since 2012. In this role, Aaron oversees a portfolio of research projects aimed at strengthening education policy in Ohio. He also writes regularly on Fordham’s blog, the Ohio Gadfly Daily, and contributes analytic support for…