Federal school identification and accountability is back. Here’s what that means for Ohio. 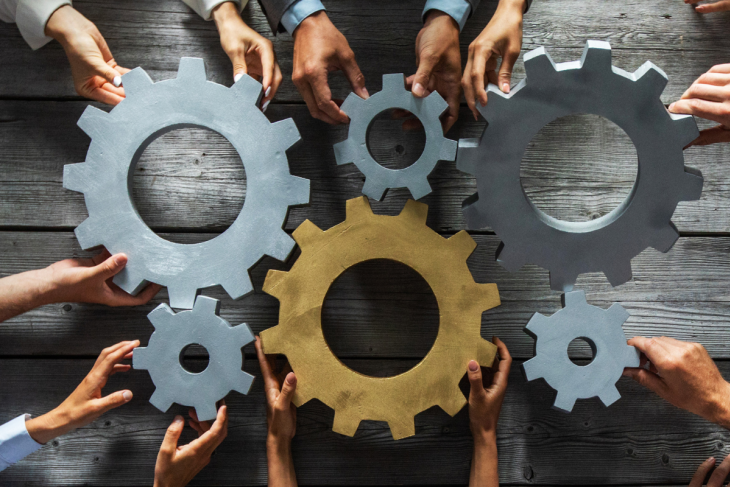 After a two-year break—one when state assessments were cancelled entirely, and a second when testing was reinstated but accountability was paused—Ohio’s education system will soon return to business as usual regarding federally-required school accountability and identification policies.

In December, the U.S. Department of Education released draft guidance that outlines what’s expected of states as they restart their accountability systems for the 2021–22 school year. There are some clear non-negotiables. For example, states are required to administer annual assessments, and the 95 percent participation requirement will be in effect. But the department also permits states to make certain adjustments to the ESSA plans required under federal law. For changes that impact only the 2021–22 school year, states must submit a plan addendum. But if they wish to make broader changes that will last beyond next year or will go into effect starting in 2022, they must submit a plan amendment. States can submit both an addendum and an amendment if they’re making short- and long-term modifications.

Recent legislative changes to Ohio’s report card system make an amendment necessary. But the state will also need to use the addendum process to seek short-term adjustments for Covid-related issues. Here’s an overview of the four major areas that will require adjustments.

ESSA requires states to set long-term goals and interim progress targets for each subgroup of students in three areas: academic achievement, graduation rate, and English language proficiency. Ohio’s initial ESSA plan used 2016 data as a baseline and set improvement goals for ten years in the future. For example, the 2015–16 baseline for all students in math proficiency was 58 percent, while the long-term goal for the 2025–26 school year was 80 percent. When Ohio applied for and was granted a Covid-19 waiver during the 2020–21 school year, the timeline for measuring interim progress was shifted forward one year, effectively skipping the missing year of data.

Thanks to the recent draft guidance, state leaders now have two new options to consider. Under the addendum option, Ohio could shift its timeline forward again for up to two years. The amendment option offers a different approach, as it allows Ohio to revise its long-term goals and interim measurements based on test scores from the 2021–22 school year. Current goals and measurements would remain in place until Ohio proposes revisions, and an amendment that identifies the new baseline as well as updated goals would need to be submitted once updated testing data are available.

Ohio leaders could make a solid case for choosing either option. But if the purpose of long-term goals and measurements is to transparently track progress, then it’s important to have an accurate baseline. The baseline and targets in the current plan were set prior to a generation-defining pandemic that left an indelible impact on millions of students. Pretending that these impacts don’t exist and maintaining pre-Covid expectations isn’t the best path forward. Instead, Ohio should set a new baseline that acknowledges where kids are now and sets us up to transparently and accurately track progress over the coming years.

Federal law requires each state’s accountability system to include at least five indicators: a measure of student achievement; a second achievement measure for elementary and middle schools; graduation rates for high schools; progress for English language learners; and at least one measure of school quality and student success. It was left up to states to choose specific measurements.

Ohio recently made several changes to the six components included in its original ESSA state plan, including renaming two, and these changes are significant enough to warrant an amendment. But the state will also need to submit an addendum for some short-term changes. For example, the draft guidance permits Ohio to temporarily modify its methodology for calculating various indicators. Such modifications will be necessary for measures like progress, which relies on multiple years of data and is therefore affected by the absence of test results from the 2019–20 school year. (Ohio already made such modifications for the 2020–21 school year thanks to its Covid-19 waiver.)

ESSA requires states to identify at least two categories of schools: comprehensive support, for the lowest-performing schools in the state, and targeted support, for schools struggling with certain subgroups of students. In its ESSA plan, Ohio opted to carry over the three categories it used as part of its federal waiver under NCLB/ESEA. As a result, schools identified as needing comprehensive support are called priority schools, and those identified as needing targeted support are called focus schools. Schools in the third, Ohio-specific category are known as watch schools.

Identification began during the 2017–18 school year, with updates slated for 2020–21. But under the Covid-19 waiver granted to Ohio by the U.S. Department of Education last year, all identified schools were frozen in their status. Ohio promised to restart identifications in the fall of 2022 using data from the 2021–22 school year. The draft federal guidance doesn’t alter that expectation, but it does offer an opportunity to temporarily modify the methodology for identifying schools or to permanently modify how schools are differentiated. Given that Ohio currently lacks an education leader—the search for a state superintendent is still ongoing—it’s wise to avoid committing to permanent changes. Instead, Ohio should focus on only making modifications that are required due to the pandemic.

ESSA requires states to establish statewide exit criteria for identified schools. Ohio’s ESSA plan bases this on report card indicators, including the Gap Closing measure, which contains achievement, progress, and graduation rate data for all subgroups. Priority schools are measured against their own achievement level from when they were first identified, whereas focus schools must improve based on fixed state requirements.

Recent legislative changes to the state report card system have made certain aspects of Ohio’s approved exit criteria inapplicable. For example, to exit improvement status, focus schools must earn an overall grade of C or better. But under the new report cards, Ohio will use a star rating system rather than letter grades. This is a relatively simple adjustment to the state plan, but it will require an amendment.

Federal school accountability and identification provisions are complex on a good day. Add in missing test data from 2019–20, learning loss, and state legislative changes, and things are even more complicated. One thing is certain, though: Federal requirements for annual testing and school identification are back and here to stay. That makes Ohio’s next steps fairly clear. Submit an amendment to account for report card changes, and use the addendum process to make temporary, Covid-related adjustments.