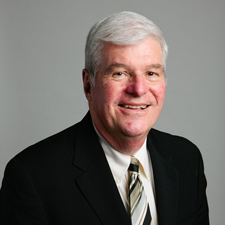 Dr. David P. Driscoll served as the 22nd Commissioner of Education for the Commonwealth of Massachusetts from March 1999 to August 2007.

As Deputy Commissioner, Dr. Driscoll held several key leadership roles, both in the external affairs of the Department and in internal management. He was the Principal Investigator for the National Science Foundation's mathematics and science program in Massachusetts, PALMS, and was instrumental in 1997 in gaining the NSF's approval of a second five-year round of funding for this initiative. He was also appointed to oversee the implementation of the state agreement on management and governance of the Lawrence Public Schools.

These initiatives and others have led to consistent annual improvement in student achievement as measured by state standards (MCAS) national measures (NAEP, SAT) and international tests (TIMMS). In 2005 Massachusetts was named the first state to ever earn the highest scaled score in the nation on all four NAEP exams.

He has been a member of the National Assessment Governing Board (NAGB) since 2003. For the past two years, Dr. Driscoll has been appointed chair of NAGB by Secretary Arne Duncan. Dr. Driscoll serves on a number of national boards, including the Fordham Institute, Alliance for Excellent Education, U.S. Education Delivery Institute, and Teach Plus.

He is the youngest of 10 children. His wife, Kathleen, is a reading teacher at North Shore Vocational High School. The Driscolls have four children and three grandchildren. They live in Melrose, Massachusetts.