Blinding ourselves to America’s achievement woes 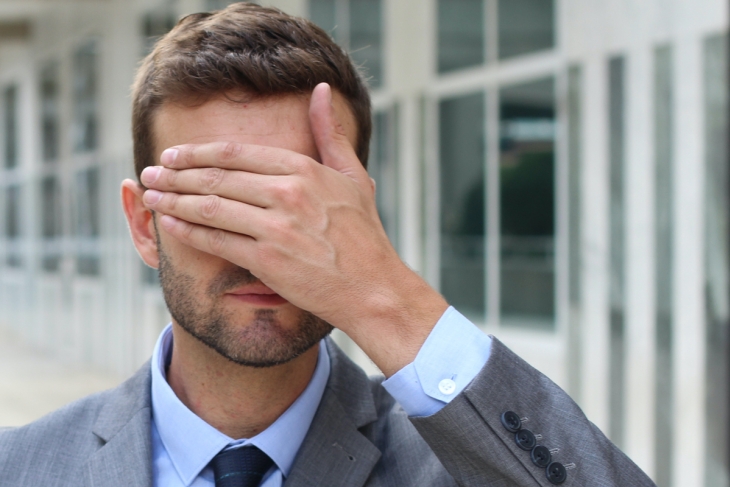 Much as happened after A Nation at Risk, the U.S. finds itself facing a bleak education fate, even as many deny the problem. Back then, however, the denials came mostly from the education establishment, while governors, business leaders, and even U.S. presidents seized the problem and launched the modern era of achievement-driven, results-based education reform. There was a big divide between what educators wanted to think about their schools—all’s well but send more money—and what community, state, and national leaders were prepared to do to rectify their failings. Importantly, those reform-minded leaders were joined by much of the civil rights community and other equity hawks, mindful that the gravest education problems of all were those faced by poor and Black and Brown youngsters.

Today, by contrast, we’re surrounded by denial on all sides, including today’s version of equity hawks, and we see little or nothing by way of reform zeal or political leadership, save for a handful of reddish states where school choice initiatives continue to flourish. We certainly see nothing akin to the bipartisan commitment to better school outcomes, higher standards, reduced achievement gaps, and results-based accountability that characterized much of the previous forty years.

Yet today’s core education problem is much the same as what the Excellence Commission called attention to way back then:

[T]he educational foundations of our society are presently being eroded by a rising tide of mediocrity that threatens our very future as a Nation and a people. What was unimaginable a generation ago has begun to occur—others are matching and surpassing our educational attainments.... Our society and its educational institutions seem to have lost sight of the basic purposes of schooling, and of the high expectations and disciplined effort needed to attain them.

That was 1983. Today we find continued signs of weak achievement, arguably more menacing because, during the intervening decades, so many other countries, friend and foe alike, have advanced much farther in education, while the U.S., with a few happy exceptions, has either run in place or slacked off. If you don’t believe me, check any recent round of TIMSS or PISA results.

As other countries’ children surpass ours in core skills and knowledge, we face ominous long-term consequences for our national well-being, including both our economy and our security. But what’s even more worrying than the achievement problem is the loss of will to do much about it and the creative ways we’re finding to conceal from ourselves the fact that it’s even a problem—and doing that without necessarily even being aware of the concealment. These strategies take five main forms.

First, we change the subject. Instead of focusing on achievement failings, academic standards, and measurable outcomes, we’ve been redirecting our attention and energy to other aspects of education and schooling, such as social-emotional learning, and to beefing up inputs and services, such as universal pre-K and community college.

Second, we’ve been denouncing and canceling the metrics by which achievement (and its shortfalls and gaps) have long been monitored, declaring that tests are racist, barring their use for admission to selective schools and colleges, and curbing their use as outcome measures (e.g., states scrapping end-of-course exams) without substituting any other indicators of achievement. I understand the ESSA testing “holiday” as Covid-19 raged and schools closed in spring 2020. But why did the College Board abruptly terminate the “SAT II” tests that for many college applicants served as a great way to demonstrate their mastery of particular subjects? Combine what was already a teacher-inspired (and parent-encouraged) “war on testing” with the allegation that tests worsen inequity and you have a grand example of executing the messenger.

Third, we’ve been monkeying with the measures themselves, usually in the name of making them “fairer” and broadening access to them. Policymakers have built innumerable workarounds for kids who struggle with high school graduation tests, such as MCAS, third grade “reading gates,” and the remaining end-of-course exams. The College Board has twice “renormed” the SATs to bring the median back up to 500, and that practice has been joined by other score boosters, such as the invitation to mix and match one’s top scores from the verbal and math sections on different test dates rather than simply adding the scores that one earns on a given day.

Less noticed, I think, is how the gold-standard Advanced Placement program has also been getting easier to do well on. It’s true that AP minders at the College Board and ETS have striven to maintain their scoring standards from year to year within each AP subject, even when transforming the exams to align with new subject “frameworks.” But what’s also happened over time is that the number of AP subjects (and exams) has grown—now it’s a whopping thirty-eight—and many of the newer arrivals are known to be easier things to learn and easier exams to take. The internet abounds with lists of which are the hard and which are the easy AP exams and advice as to which ones you should take to maximize your odds of scoring well. These, typically, are isolated single-year subjects, often new to the AP portfolio, such as psychology, “human geography,” and environmental science, although the most popular exam on the “easy” lists is the long-time stalwart called “U.S. Government and Politics,” i.e., AP’s version of civics.

Moreover, participation in the easier APs has been rising much faster than the harder ones. With my colleague Pedro Enamorado’s help, we gauged the rate of increase (in one case a slight decline) over the decade 2009–19 in AP exam-taking in eight of the toughest and eight of the easiest AP courses. We found an average growth rate during that period of 60 percent in the former versus 157 percent in the latter. While the overall rise in AP participation is a bright spot in American education, within it we see this hint that today’s high school students are gradually reaching for the less demanding forms of it.

Fourth, we’re inflating grades and scores to make things look better than they are. Grade inflation in high schools and colleges is widespread and well documented, now exacerbated by “no zero” grading policies and suchlike at the elementary- and middle-school levels. Standardized tests, too, can subtly be made to show higher scores—as many states did by setting their proficiency cut-points low—and even the National Assessment will gradually raise all boats as it supplies more “universal design” assists to test takers. (It may also artificially reduce learning gaps.)

Fifth and finally, we’re scrapping consequences. In a no-fault, free-pass world that scoffs at both metrics and merit and practices the equivalent of social promotion and open admission for students, teachers, and schools alike, results-based accountability goes out the window. Out with it goes the central action-forcing element of standards-based education reform. Which is, in a sense, the ultimate erasure of achievement-related education problems and their replacement by an all’s-well-and-don’t-bother-telling-me-otherwise-much-less-doing-anything-about-it attitude. Which, let me say again, is pretty much what we faced from the education establishment after A Nation at Risk. The difference is that now it’s coming from the political system, the culture, and many onetime reformers, too, and we don’t appear to have any leaders pushing back against it. Instead, they’re fussing about how many trillions more to pump into the schools.

Not a good prospect. Call me an old fuddy-duddy and you won’t be wrong. But close your eyes to America’s achievement problems and their denial and you will be very wrong.